In Venezuela, Maduro Clings to Power with the Long Arm of the Law 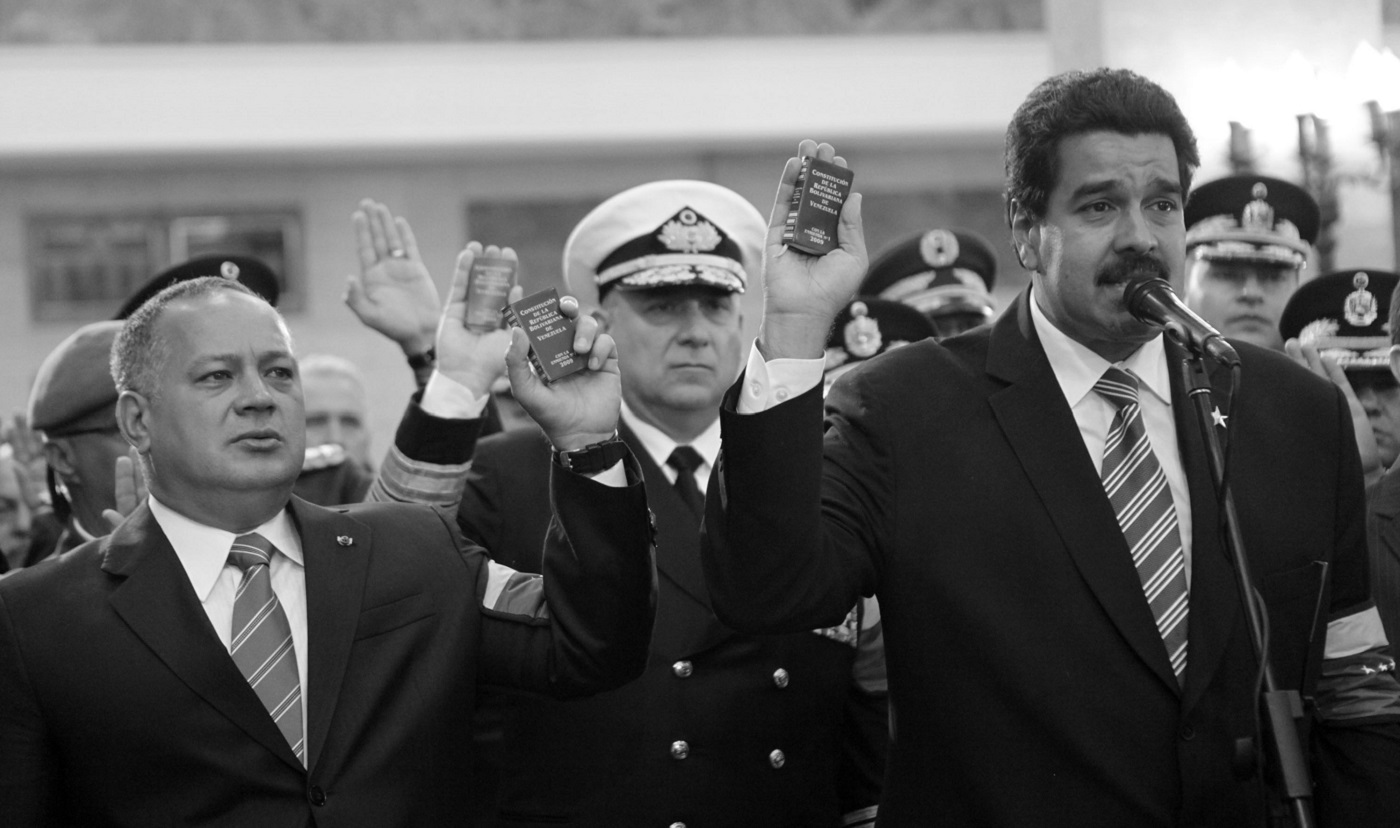 From his ascent to power in 1999 until his death, former Venezuelan President Hugo Chávez wielded the law as an instrument of political power. As I argue in Authoritarianism Goes Global: The Challenge to Democracy, through “autocratic legalism”—the use, abuse, and lack of use of the law—Chávez carried out a systematic attack against the organized opposition and checks on executive power. Since Chávez’s death, Nicolás Maduro, his successor, has intensified this process.

Capitalizing on the economic crisis was easy because the Venezuelan crisis is profound. A nasty combination of recession, inflation, devaluation, debt, and scarcity (RIDDS) has taken hold of the country. The recession started in 2013, but the other components of RIDDS date back to the late 2000s. By late 2015, RIDDS reached such emergency levels that the government itself recognized the crisis as justification for decreeing the use of “emergency” powers. Venezuelans (and most people from around the world living outside of war-torn areas) have never seen an economic crisis of this magnitude.

Inflation, scarcity, and crime are tearing the country apart. Today, Venezuela is the only country in the world with a triple digit-inflation rate (which continues to grow). In local currency, the price of a burger, fries, and a soda today is equivalent to the monthly rental price of an apartment in Caracas in 2008. In 2013, the last year the government published official data, scarcity was affecting about 22 percent of products, many of them considered basic necessities. Today, the average Venezuelan spends two to five hours a week standing in line at grocery stores, often to find empty shelves. The homicide rate is close to 90 deaths per 100,000 inhabitants, a figure that is normal only in war zones.

Given this epic crisis—unusual for middle-income countries—any opposition force was likely to make electoral inroads. But the economic context alone is not sufficient to explain the opposition’s victory; opposition leaders also excelled at preserving unity and encouraging the vote.

Neither unity nor participation was pre-ordained. The opposition, grouped under the name United Democratic Roundtable (MUD for its Spanish acronym) is comprised of a very diverse coalition in which new parties and old parties, new movements and independent actors, moderates and radicals, right-wingers and left-wingers co-exist. In addition, as the election approached, the government intensified its autocratic legalist efforts to obstruct the opposition. To mention a few:

That the Venezuelan opposition, despite its internal fissures, was able to stay united and get out the vote in this unfavorable legal environment is extraordinarily impressive.

The opposition’s new control of Congress is a serious challenge for Maduro, but his government has deployed a quick counter-response in line with autocratic legalism: the use of the Supreme Court to strip Congress of its powers.  Shortly before the start of the new Congress, in violation of several constitutional norms, the government appointed 13 new judges, all loyal to the ruling party.  The result was to further entrench the Court’s pro-government bias. Since 2004, the Venezuelan Supreme Court has never ruled against the government. It seems that from now on it will continuously rule against the Congress.

At least five major rulings thus far demonstrate the government’s intent to use the Supreme Court to disarm Congress:

In the early 1990s, Peru became famous when then-President Alberto Fujimori carried out a “self-coup” against the country’s elected parliament. Venezuela in 2016 is using the Supreme Court to achieve similar ends.

The opposition, in turn, has deployed its own counter-response: it declared that its priority for 2016 is to seek Maduro’s departure from office, either through a constitutional amendment (which is unlikely to happen since it would be rejected by the Courts) or via a recall referendum. Meeting the legal requirements for a referendum is difficult, but not impossible given that Maduro’s approval rating is below 20 percent.

The government’s response to the referendum drive has been, once again, autocratic legalism: using and abusing the law and regulations to delay the timing of the referendum.

Delaying the referendum takes advantage of an important constitutional safety-valve: the Constitution states that a new election must be held if the government is defeated in a referendum within its first four years in office (that is, before 2017). But if the defeat occurs thereafter, no election is required—power is transferred to the vice president, meaning power stays within the ruling party. Naturally, the president hopes to prevent the referendum, or at least to delay it until 2017.

Many Chavistas (close to 42 percent) are unhappy with Maduro’s administration, but leaders are so adamant about avoiding an opposition victory in a new election that they have closed ranks behind the Venezuelan president to defeat or delay the referendum initiative. This is the most important explanation for the ruling party’s unity thus far. The government does not appear interested in addressing many of the country’s economic ailments, but at the same time is clearly keen to disable the revived opposition and its referendum drive.

In short, the government’s control of the ruling party, the Supreme Court, and the bureaucracy has sustained its autocratic legalism. Looking into the future, it may very well be that the first factor will not last beyond 2016. But the other two seem likely to last until the end of the Maduro era, however far away that is.