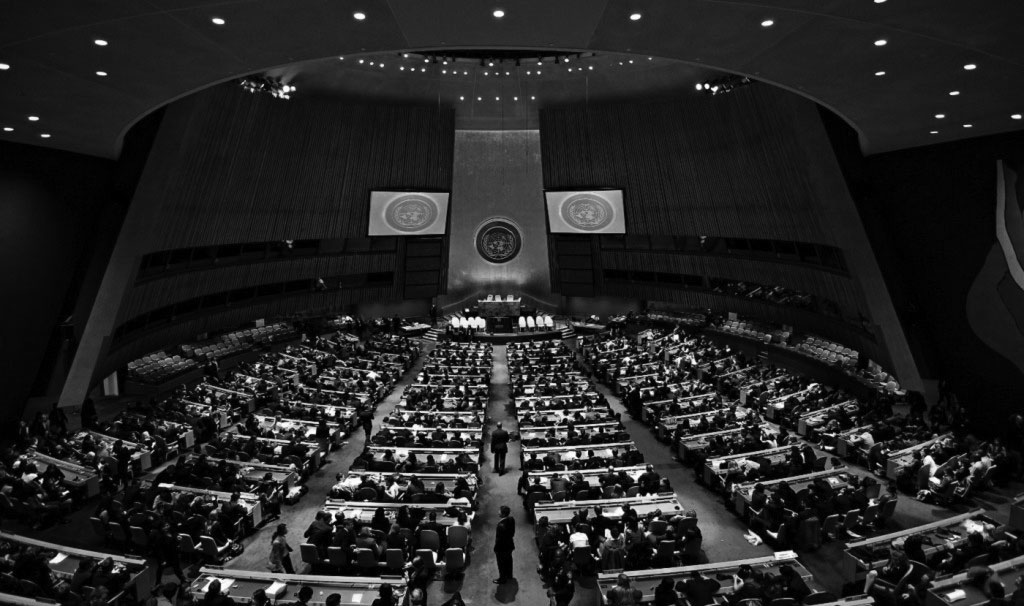 In the era of globalization, regime security cannot be achieved solely through domestic control. To shield themselves from international scrutiny, resurgent dictatorships are seeking to reshape global institutional frameworks that have served as the glue of the post-Cold War order.

In recent years, autocratic regimes have made an increasingly visible effort to reshape the rules-based components of the international system. These regimes have systematically begun to assert themselves beyond their borders and to institutionalize tools to counter democratic development. Part of the internationalization of authoritarian practices includes the creation of authoritarian-friendly institutions designed to mimic—and subvert—the rules-based organizations nurtured by the democratic West. Such regimes are more actively promoting counternorms to challenge the system that has been developed since the end of the Cold War.

Members of the Shanghai Cooperation Organization (SCO) and Gulf Cooperation Council (GCC) have ratified agreements allowing member states to refoul political refugees and conduct arrests of political dissidents on each other’s territory. More broadly, authoritarian regimes work with one another to monitor activists and political opposition and block their freedom of movement, for instance through international “watchlists” and “blacklists” that are generated within the context of the SCO and the GCC.

Use and Misuse of International Organizations

Authoritarian counternorms are often promoted through legitimate, longstanding international organizations which autocrats seek to erode. In the United Nations, the Organization for Security and Cooperation in Europe (OSCE), and other international and regional bodies, authoritarian regimes often lobby for—and receive—coveted leadership positions. Authoritarian governments misuse their rights within these organizations by, for example, abusing INTERPOL “red notices” to issue warrants for activists who travel or live abroad. They also limit implementation of these organizations’ human rights mandates. For instance, China uses its diplomatic clout in the United Nations to prevent activists from speaking before UN committees, and an authoritarian-led coalition has successfully blocked human-rights organizations from gaining UN consultative status.

Authoritarian governments also promote counternorms through institutions designed to operate in parallel to established international organizations and initiatives. China uses its rising international position to hold events—such as the Beijing Forum on Human Rights, the World Media Summit, and the World Internet Conference—in which it can shape international and industry norms. Alternative regional organizations, such as the SCO, the GCC, the Community of Latin American and Caribbean States (CELAC), and the Union of South American Nations (UNASUR), serve as forums where authoritarian governments can promote new norms and agendas while sidelining international commitments to defending democratic values.

Election monitoring undermines attempts by autocratic leaders to rig votes and run unfair campaigns in order to add a veneer of legitimacy to their government. Authoritarian regimes increasingly subvert legitimate election monitoring efforts by sponsoring authoritarian-friendly zombie monitors to endorse obviously-flawed elections and contradict accusations of fraud. In Eurasia, Russia routinely undermines election monitoring organizations from the OSCE’s Office of Democratic Institutions and Human Rights, Azerbaijan successfully captured the Council of Europe’s election monitors through “caviar diplomacy,” and the Commonwealth of Independent States Election Monitoring Organization has validated clearly-flawed elections in Russia, Kazakhstan, Belarus, and Azerbaijan, as well as the Russian-occupied enclaves of Transnistria, South Ossetia, and Abkhazia. In Latin America, Venezuela has excluded OAS observers from its elections, opting to allow more friendly UNASUR officials to “accompany,” rather than observe, the electoral process.

Other pseudo-monitors operate independently. In recent years, a network of little-known election monitoring organizations with undisclosed funding has emerged to validate blatantly-rigged elections. After the Russian annexation of Crimea, observers from far-right European political parties were brought in to observe a widely-criticized referendum held under Russian occupation.

Powerful authoritarian states can have the effect of undermining good governance by providing unconditional sources of finance to corrupt, unaccountable authoritarian allies. In Africa, for example, Chinese aid supports Robert Mugabe’s government in Zimbabwe. In the Middle East, Saudi Arabian financial and military aid assisted Egypt’s swift return to authoritarianism after the Arab Spring. Russia provides aid to the repressive regimes in Iran and Belarus. Venezuela supports the governments of Cuba and other illiberal allies in Latin America and the Caribbean with subsidized oil.

Since the end of the Second World War, rules-based international norms and institutions have been developed with the aim of safeguarding human rights and democratic freedoms. Today, however, leading autocrats are hard at work dismantling this system and replacing it with their own authoritarian alternative.