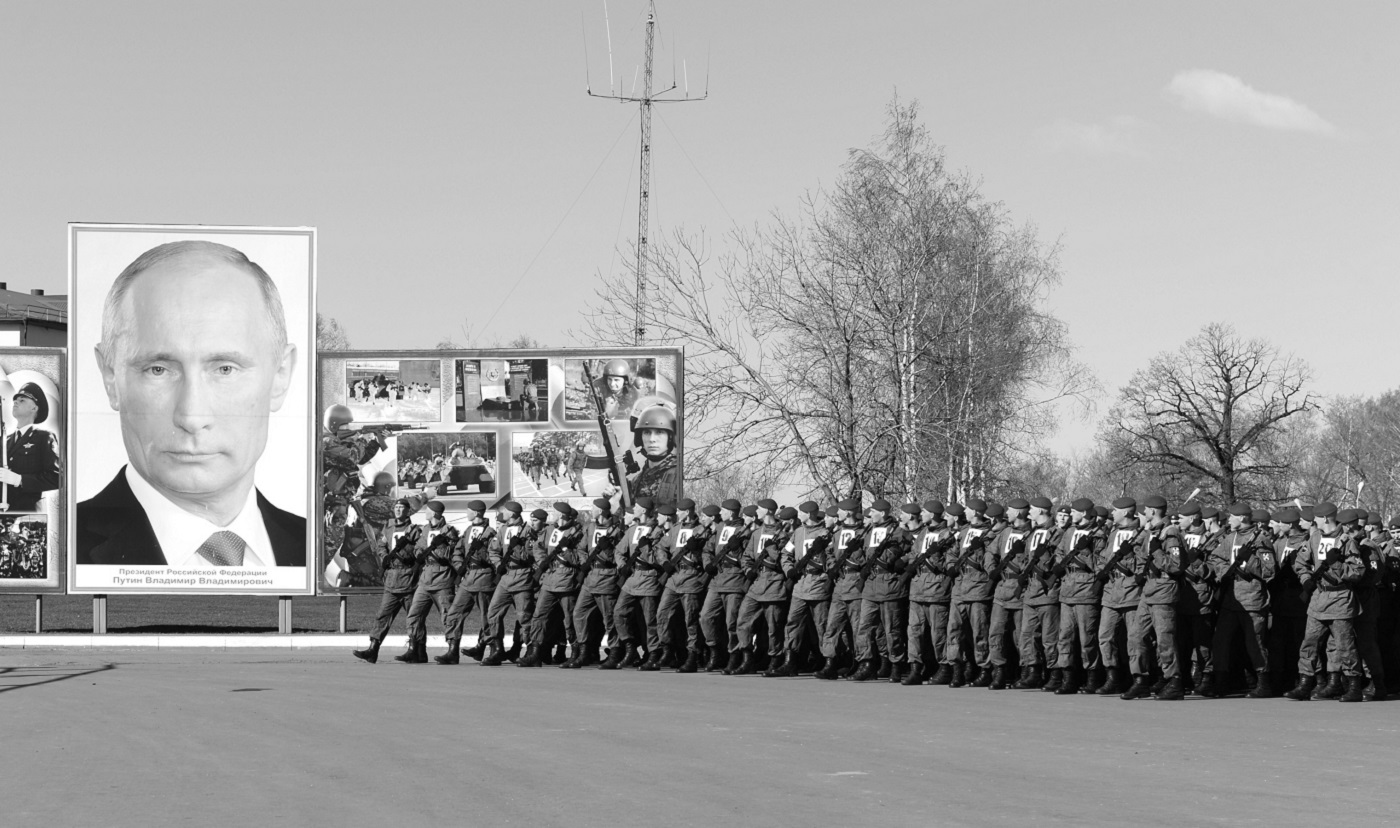 Among the many challenges the West is facing, the resurgence of an authoritarian Russia is especially puzzling. Though the Russian system of personalized power is in a state of decay, it is trying to survive by forcing liberal civilization to accept its terms—and not without success!

The Russian regime is experimenting with a three-pronged strategy against which the West is struggling to react: “to be against the West; to be inside of the West; to be with the West.” The Kremlin’s domestic resources are shrinking, and to preserve its power is relying on a shift toward military-patriotic legitimacy driven by Russia’s military forays into Ukraine and Syria, its conflict with Turkey, and confrontation with the liberal democracies.

But this does not mean that the Kremlin is ready for international isolation and a new Cold War. A marginalized state cannot be a superpower, and maintaining a perceived superpower status is one of the pillars which supports Russia’s modern authoritarian regime. Indeed, the rationale behind the Kremlin’s Syria “project” was to return Russia to the global “Mega League.” A Europe consumed with crises and a U.S. president whose term is soon ending have given the Kremlin what it views as a window of opportunity. Its policy of coercive diplomacy—that is, ramping up pressure in order to force another party to cooperate—has persuaded Western leaders to agree to a new bargain. The Minsk accords and the Syrian ceasefire, both of which were reached under pressure from Moscow, are proof that coercive diplomacy works.

However, Russian President Vladimir Putin has said that both Ukraine and Syria are “not a crucial factor” for Russia’s foreign policy goals. The key Russian goal, Putin declared, is the need to establish “common rules” globally. Reshaping the debate around an epic dilemma, such as questions of war and peace or dealing with world disorder, is a well-known Soviet trick. It could take decades before the West discovers that it has been distracted by Russia’s selling of hot air.

The Russian political elite have complained many times that the current order is humiliating for Russia. But what is the Kremlin’s blueprint for the “new world order?” Putin has constantly referred to the 1945 Yalta settlement, which legitimized spheres of global influence. But does he really believe it is possible to redraw Europe’s borders so as to return the Eastern part of the continent to Moscow’s pocket? Or does he believe that the West, together with Iran and Sunni states, will agree to divide the Middle East with Russia?

The Kremlin is pursuing a post-post-modern policy which waters down the differences between principles and norms, war and peace, right and wrong, reality and imitation, ally and enemy, law and lawlessness, and internal and external conflict. Using this strategy, a state which contributes to conflict within another can also be the one to start the struggle for peace. This is a version of the Hobbesian world order—it is based not on international treaties and trust, but on uncertainty as to an actor’s intentions and their readiness for surprise breakthroughs. This order has nothing in common with Yalta or the European Concert: in those times, agreements were followed by the architects of that order, or at least they did not want to be blamed for not following them. Now, the Kremlin wants to have the right to reinterpret the rules while influencing the West through globalization and engagement.

The world order the Kremlin offers today would be comfortable for many in the West, too—for those who loathe normative dogmatism, or who have grown accustomed to seductive (and profitable!) pragmatism. This ambiguous order provides the best environment for Russia’s rentier class to maintain links with “Londongrads” in various Western states while also insulating Russian society from Western norms; it would also allow the Russian regime to base its domestic legitimacy on anti-Westernism while keeping its seat at the table in the West’s institutions of international governance. This ambiguous world would allow the Russian system to contain the West without worrying about being contained in return, and it would allow Russia to subvert the West from within. What a great invention: low costs and high rewards! The confrontations of the Cold War were foolish by contrast; it is much better to blackmail your foe into participating in your survival strategy.

True, there are two traps into which Russia and the West could fall while following this strategy. The first is that the requirements of maintaining “Fortress Russia” may prevent the Kremlin from achieving a grand bargain with the West. The second trap is, from the West’s point of view, a catch twenty-two: any bargain that would allow the Kremlin to interpret the global rules of the game as it chooses would undermine the coherence and unity of Western principles. But rejecting the bargain could incite the Kremlin bull to wreck the Western china shop. The liberal democracies of the West are hardly ready to clash with a nuclear foe.

This is a deadlock from which there appears to be no way out—at least as long as the West continues to defend a post-Cold War status quo that no longer exists.

Lilia Shevtsova is a nonresident senior fellow with the Brookings Institution.