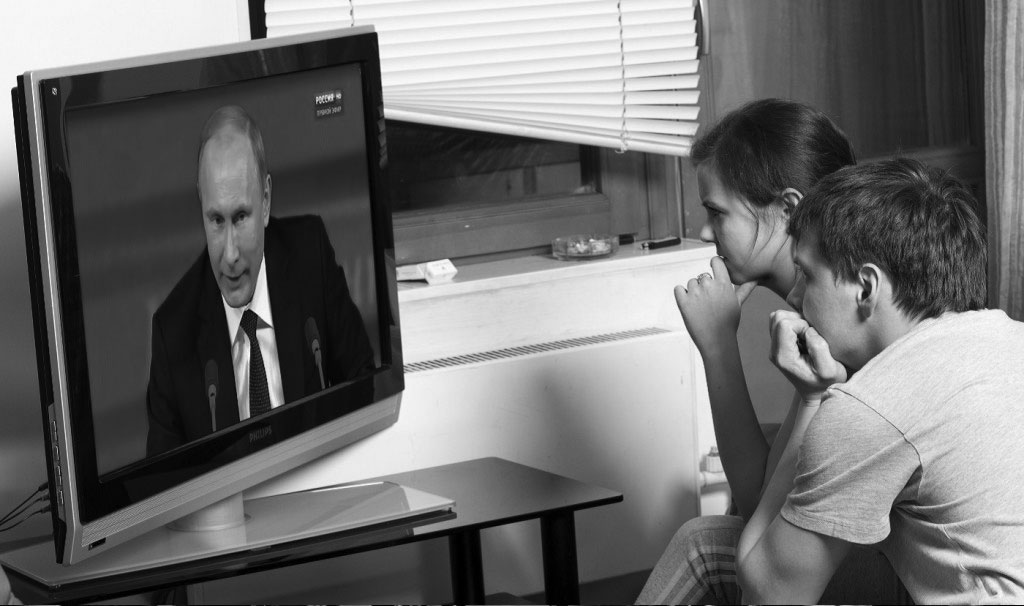 These efforts do not stop at their own borders. Authoritarian regimes invest extensive time, resources, and manpower in state-owned international media efforts to head off external criticism of their activities, distort public discourse, and promote their own counternarratives.

Authoritarian governments employ state-run and state-friendly media to create and control domestic political narratives. Designed to appeal to wide audiences with entertainment content, these media outlets make potent weapons for tarnishing political opposition and civil society activists while discrediting protest movements at home and abroad as harbingers of chaos. As a rule, government programs receive privileged access to the airwaves. The presidents of Ecuador and Venezuela routinely appear on their own, lengthy talk shows or on mandatory broadcasts to denounce political opposition, and Russian President Vladimir Putin is similarly famous for his hours-long telethons. Meanwhile, resource constraints, legal pressure, and other restrictions often keep dissenting voices out of the news altogether.

Authoritarian regimes increase the effectiveness of state media by actively limiting free information and critical viewpoints. By intimidating, blackmailing, assaulting, arresting, torturing, and killing opposition journalists, authoritarian governments try to silence dissenting voices and encourage self-censorship among those who remain. These regimes also use legal measures to silence independent journalists, including Saudi “anti-terror” legislation and recent Chinese regulations mandating jail time for spreading online “rumors.” These tactics are draconian, but the most common way authoritarians restrict critical news content is to simply limit access to a mass audience. Political opposition may find their access to the airwaves restricted, and opposition-friendly news outlets commonly face funding challenges, politically-motivated regulatory burdens, threats of shutdown, and the possibility of being bought by state-friendly interests. Foreign outlets are not safe from similar harassment, as evidenced by China’s revocation of visas for foreign journalists, Russia’s restrictions on foreign ownership of media, and Azerbaijan’s raids on foreign media outlets.

As access to the Internet grows, authoritarian regimes apply similar tactics to online spaces. The “Great Firewall of China” is perhaps the most recognized example of online censorship, but other forms of intimidation and control include requiring bloggers to register offline identities, limiting Internet access during politically-sensitive periods, undermining censorship-circumvention technologies, and pressuring Internet service providers and social media platforms to remove content that is critical of the regime. The technological underpinnings of these techniques are spreading as the most capable regimes share the necessary equipment and know-how with others.

Authoritarian leaders understand the power of ideas and seek to limit criticism at home and abroad by subverting traditional sources of thought leadership and injecting their own narrative into the information space. While state-owned international broadcasting outlets play a key role, other institutions are also involved. For example, China’s Confucius Institutes undermine academic freedom by limiting criticism of key issues the Chinese government deems to be sensitive. China, and other repressive governments, has systematically placed in international publications polished advertising supplements, such as China Watch. Russia similarly funds websites, newsletters, and other non-broadcast sources to target international audiences. Some analysts suggest this strategy is less about presenting observers with a coherent counternarrative than with sowing confusion, apathy, and cynicism abroad as a cover for deepening authoritarianism and escalating aggression.

Many of these opaque organizations feature analysts of unknown origin, and some may not exist at all. The work of these “fake think tanks” is often plagiarized or fabricated, and it is disseminated by a legion of state-funded Internet bots and trolls. China and other authoritarian states have deployed such troll accounts domestically to bully online dissidents and shut down debate. When these tactics are insufficient, authoritarian regimes may enlist Western bloggers, public relations firms, and lobbyists to make their cases for them.

Authoritarian regimes understand the power of the media, but lack respect for the principled journalism which makes press freedom a cornerstone of democratic governance. This is reflected in their use of disinformation and intimidation to shut out dissenting voices and warp political narratives to their own ends. Given these regimes’ fear of civil society and independent voices, their use of the media as an instrument of manipulation and control is unlikely to cease.