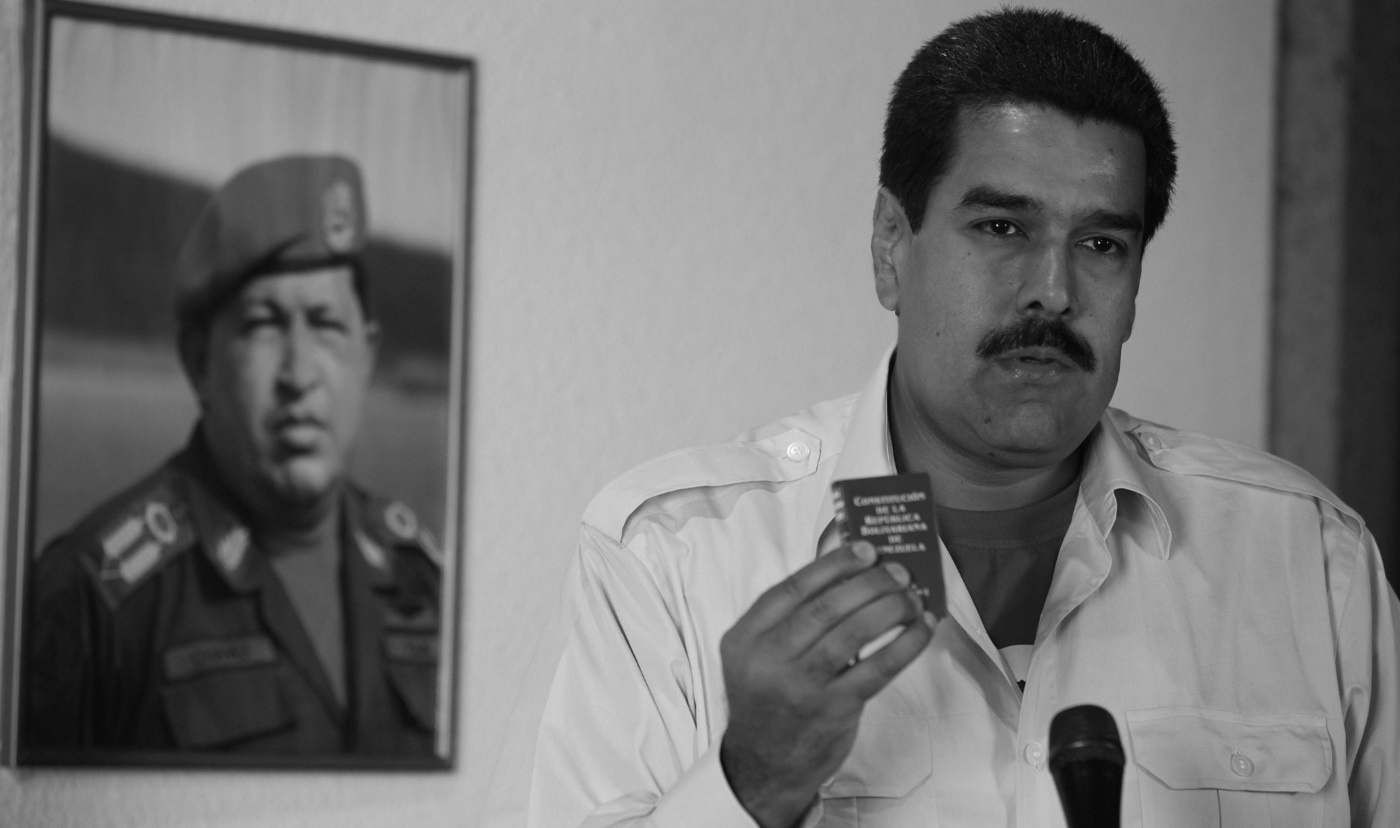 As a hybrid regime which combines beleaguered democratic institutions with elements of authoritarian rule, the true nature of Venezuela’s government can easily be obscured. Javier Corrales deftly clears away the fog and astutely explains the troubling direction Venezuela’s political leadership is taking the country in an April 2015 Journal of Democracy article. Confronting an increasingly repressive toolkit, Venezuela has moved more deeply into authoritarianism under Presidents Hugo Chavez and Nicolas Maduro.

According to Corrales, a combination of domestic and international mechanisms explain Venezuela’s deepening authoritarianism: the employment of a creeping, “autocratic legalism” at home and the simultaneous creation of an international enabling environment which shields the regime from criticism.

At home, Chavez and Maduro concentrated political power through what Corrales identifies as the “use, abuse, and non-use of the law.” Over time, both leaders used political majorities to maneuver laws through the legislature, constructing a legal foundation which yielded increasing authority to the executive branch. By passing the laws in a constitutional manner and burying authoritarian clauses behind seemingly-democratic language, Venezuela’s leadership provided cover for legislators to support autocratic laws while making it difficult for political opposition to question the constitutionality of the process. Such laws provide the government with a veneer of regulatory authority over civil society and the press, but have frequently been abused by the regime to harass independent voices, as well as political opposition.

“Autocratic legalism” has undoubtedly made it easier for Latin American political leaders to remain silent each time accusations of undemocratic practices or human rights violations are made against Venezuela’s government.

Aiding Venezuela’s slide into authoritarianism is a permissive international environment that the Venezuelan government itself has cultivated. Leveraging foreign aid (through initiatives like Petrocaribe), access to its domestic markets, and political ties, Venezuela has assembled what Corrales terms an “Alliance for Tolerance” of countries who are reluctant to criticize or hold Venezuela’s government accountable for human rights abuses and democratic backsliding. Despite Venezuela’s current economic difficulties, which limit its ability to provide foreign aid and purchase foreign imports, Corrales writes that Maduro’s approach has been “to convince Venezuela’s global partners that, in terms of their economic interests in Venezuela, a change in the status quo is harmful to them.”

To avoid punishment by the international community such as economic sanctions or membership suspension from inter-governmental organizations, which could be employed against the regime for violating democratic norms, Maduro places a high priority on managing Venezuela’s international image. This is evidenced by the Venezuelan government’s continued investments in Telesur, a state-funded pan-Latin American media outlet, as a means for disseminating the Bolivarian narrative to international audiences, despite increasing pressures on state resources and Telesur’s extremely low domestic viewership inside Venezuela, as Corrales points out.

Where the Organization of American States and its Inter-American Democratic Charter offer mechanisms for Latin American political leaders to hold each other accountable to democratic standards, the Venezuelan government also has sought to undermine the organization’s effectiveness by investing political capital in alternative regional organizations, such as the Union of South American Nations (UNASUR) and the Community of Latin American and Caribbean States (CELAC). These organizations provide Venezuela additional arenas in which it can diffuse the focus of international attention and delay actions that would shed light on concerns about human rights abuses in the country.

It is this combination of sustained repression of independent voices at home and the carefully-constructed barrier to criticism from abroad that has propelled Venezuela’s authoritarianism. Venezuela’s ability to undermine domestic democratic institutions, while skirting international measures designed to protect human rights and democratic principles raises serious questions about the prospects for democracy in hybrid regimes elsewhere.