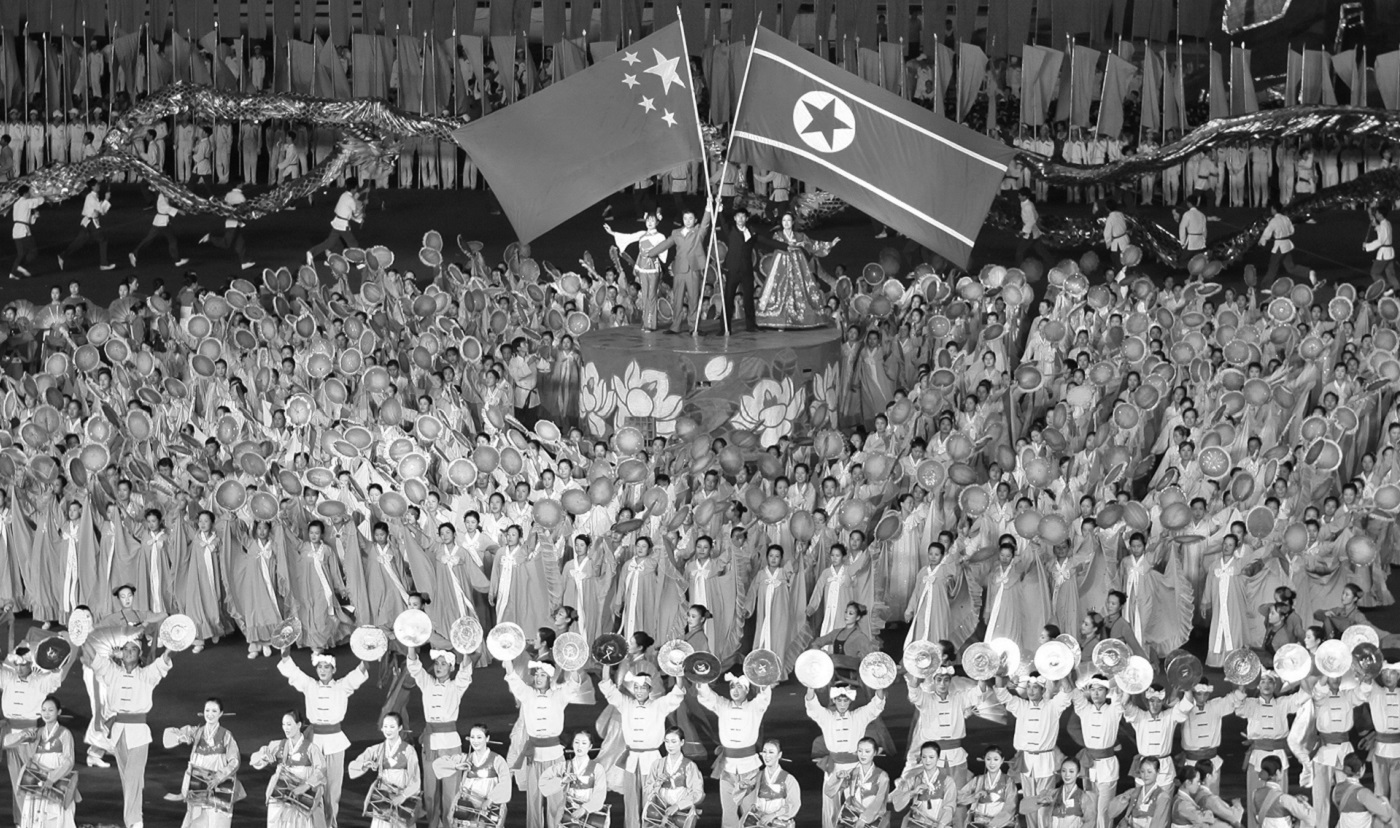 China and the broader international community share at least one strategic interest concerning North Korea: Beijing has repeatedly emphasized its desire for a denuclearized peninsula. Yet while a number of international organizations and democratic governments have increasingly expressed concern over the human rights situation in North Korea, China has played a central role in sustaining the Kim dynasty in ways both direct and subtle. Indeed, Beijing appears ready to re-engage with Pyongyang after a period of bilateral tension.

The most problematic actions for human rights in North Korea on China’s part have to do with its stance toward North Korean refugees. As Jose Aleman and Dwayne Woods show in an interesting paper, the more autocratic a regime, the more likely it is to restrict travel and exit. Such controls allow authoritarian regimes to control the flow of information—and thus the domestic propaganda narrative—and are associated with more egregious human rights records.

North Korea is an extreme example of this dynamic. It has long criminalized unauthorized exit from the country. As I argue with Marcus Noland in Witness to Transformation: Refugee Insights into North Korea, this fact has important implications for the legal status of border crossers.  North Korea routinely incarcerates and punishes, often brutally, those who are caught trying to escape or return. As a result, many North Koreans crossing the border have a “well-founded fear of being persecuted” for reasons of political opinion, namely, the political opinion that they should be free to leave—and re-enter—their own country. As a result, they should be considered refugees under the UN Refugee Convention—to which China is a signatory—and afforded international protection.

China has legitimate security concerns with respect to its border with North Korea, but colluding with the North Korean regime to limit exit has the quite obvious effect of strengthening the regime’s control over its citizenry.

Chinese support for North Korea’s authorities has not been limited to the refugee issue. In a series of invaluable dossiers, Adam Cathcart at SinoNK has documented the alacrity with which China moved to support the transition from Kim Jong Il to Kim Jong Un. This political support was backstopped by an infusion of aid and a continuation of the “deep engagement” policy China has pursued with the North since the Hu Jintao era.

This strategy of engagement may in the long-run prove farsighted. Evidence is beginning to accumulate that marketization—driven in no small measure by the Chinese trade and investment connection—may be spurring a quiet reform process.

Yet deep engagement also creates profound moral hazard problems. James Reilly has detailed how China doubled down on economic engagement with the regime even in the wake of its second nuclear test and provocations vis-à-vis South Korea, including the March 2010 sinking of the Cheonan, a South Korean naval warship. The result: China may now account for as much as 80 percent of North Korea’s total trade, as cross-border exchange has grown and other trading partners, including both Japan and South Korea, have moved to limit their engagement.

China has also provided North Korea with political protection with respect to human rights more directly. A remarkable development over the last five years has been the establishment of a UN Commission of Inquiry on human rights in the DPRK. The Commission found that there was credible evidence that North Korea might be guilty of crimes against humanity—for example in its sprawling political prison camp system—and should therefore be referred to the International Criminal Court for possible prosecution of its leadership. China was able to block such actions at the Security Council, but was unable to prevent a UN General Assembly vote on the report that argued for more aggressive engagement on North Korean human rights issues.

It should again be emphasized that China has legitimate concerns about the fate of North Korea. The country sits on its border and China would be the first to feel the effects of any instability in the country; its caution springs in part from such concerns. But the treatment of refugees, the direct political support for the leadership, the strategy of engagement and resistance to a serious human rights dialogue all suggest an alternative explanation: that Chinese policy reflects its own concerns about external pressure on human rights, political reform, and democracy.

Stephan Haggard is the Krause Distinguished Professor at the Graduate School of International Relations and Pacific Studies, University of California San Diego. Together with Marcus Noland, Dr. Haggard runs the Witness to Transformation Blog, which covers humanitarian, human rights, political and strategic developments around the Korean peninsula.