Freedom for Khadija, But Not For Azerbaijan 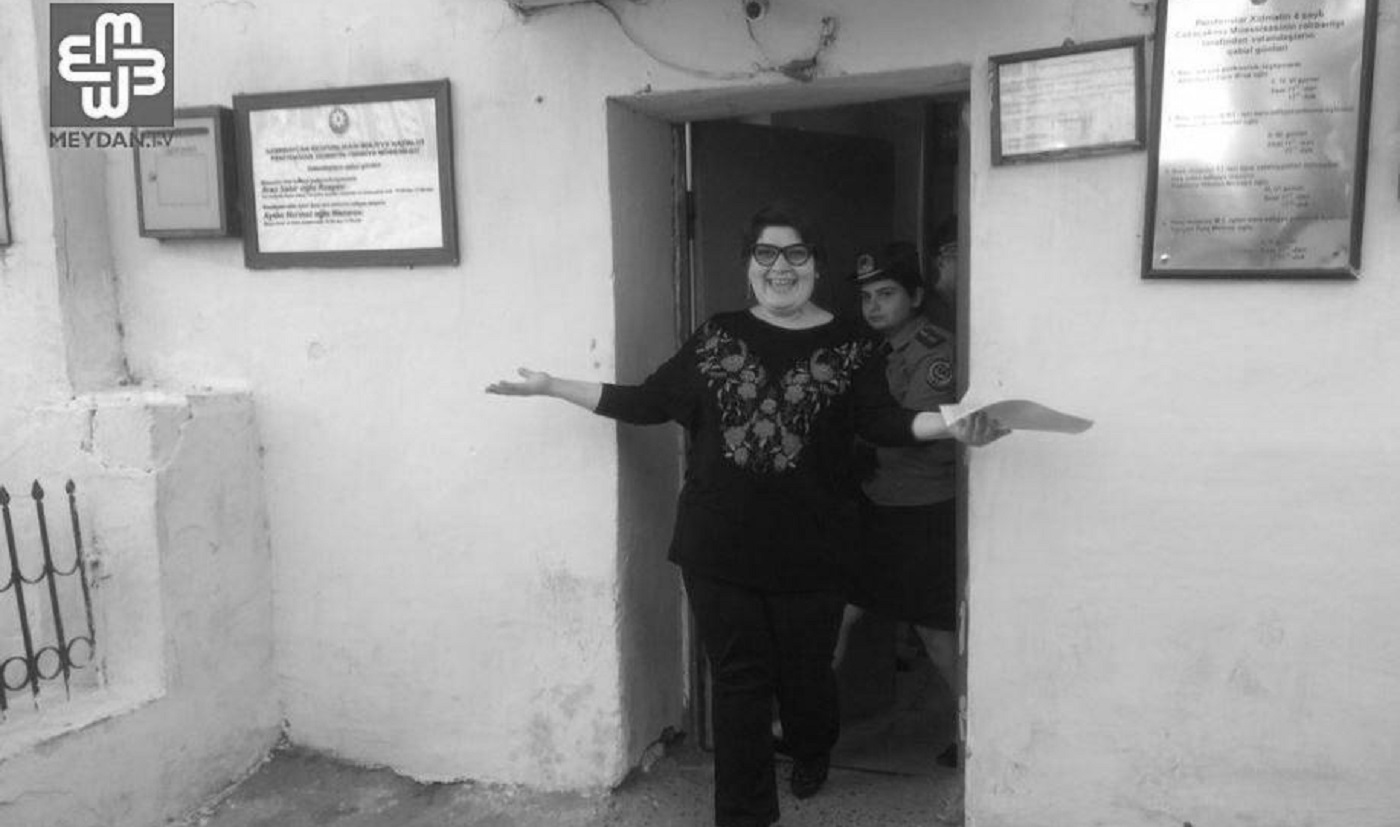 On May 25, 2016—two days before her fortieth birthday—Azerbaijani journalist Khadija Ismayilova was released from the prison where she had spent the past one year, five months, and twenty days.

An award-winning journalist, Khadija was head of Radio Free Europe/Radio Liberty’s Azerbaijan service from 2008 until 2010, when she began publishing a series of articles on corruption in Azerbaijan. Her reporting uncovered how the family of President Ilham Aliyev has extracted and hidden millions of dollars from the state coffers, including through the use of several offshore companies registered in Panama, years before the Panama Papers confirmed the same information. In her investigations, she uncovered banks, gold mines, and $44 million dollars’ worth of property in Dubai owned by 11-year old Heydar Aliyev—the son of current president Ilham Aliyev named for his late grandfather and former president, now immortalized as Azerbaijan’s “National Leader.”

Sadly, but unsurprisingly in an authoritarian state such as Azerbaijan, these revelations did not result in a full investigation into government corruption, nor in the resignation of the president or other corrupt officials; rather, Khadija herself bore the consequences. State-sponsored harassment against Khadija intensified in 2012 with leaked tapes of her private life, and by the time the crackdown on civil society in Azerbaijan peaked in 2014, it was increasingly clear that Khadija’s personal freedom was at grave risk. In February 2014, the government accused Khadija of leaking state secrets. In an October 2014 interview in Warsaw with the Open Society Foundation, Khadija acknowledged that she knew what was likely to happen to her if she went home. Even so, she refused to cave to intimidation and returned to Azerbaijan anyway.

Two months later on December 5, 2014, she was arrested on what were patently trumped up charges of inciting a man to suicide. In February 2015, the government added charges of illegal entrepreneurship, embezzlement, tax evasion and abuse of power. On September 1, 2015, Khadija was convicted on all counts—except for the original charge of incitement to suicide—and sentenced to seven-and-a-half years in prison.

In March 2016, the government of Azerbaijan announced an amnesty for 148 prisoners, including ten prisoners of conscience. Later that month, human rights lawyer Intigam Aliyev was also released and given a suspended sentence.  More than 80 political prisoners, including Khadija and Ilgar Mammadov, the head of the Republicanist Alternative political party, remained in prison.  On April 29, a court in Sheki rejected Ilgar’s appeal, and most observers suspected that Khadija’s May 25 appeal would also be rejected.

But we were wrong.  On May 25, 2016, the Supreme Court of Azerbaijan acquitted Khadija of embezzlement and abuse of power and ordered her release from prison. However, the other two convictions remain in force, and Khadija is still subject to a three and a half year suspended sentence.

And the system in Azerbaijan is still the same. Activists and those critical of the system can still be thrown in prison for no reason; it is likely that independent media will still be suppressed and intimidated. Just this month, two youth activists, Bayram Mamedov and Qiyas Ibrahimov, were arrested on charges of narcotics possession after they spray-painted messages critical of the government on a statue of the late president Heydar Aliyev. At least one of the young men has reported that police tortured him in custody to extract a confession, and his lawyer has attested to seeing the evidence of physical abuse.

Upon her release, Khadija vowed to continue her work, which is not yet finished. Khadija has been steadfastly adamant that political prisoners should not to be traded for concessions in dealing with a corrupt and repressive regime, and that their release should not be met with praise, but rather with questions about a government which would knowingly send innocent people to prison in the first place.  In her acceptance speech for the 2016 UNESCO/Guillermo Cano World Press Freedom Prize (which she wrote from prison), Khadija urged the audience “not to laud [her] work or [her] courage, but to dedicate yourself to the work each one of you can do on behalf of press freedom and justice.” To recognize her birthday, and her courage, we could all honor her request.

Elspeth Suthers is a Senior Program Officer for Eurasia Programs at the National Endowment for Democracy.