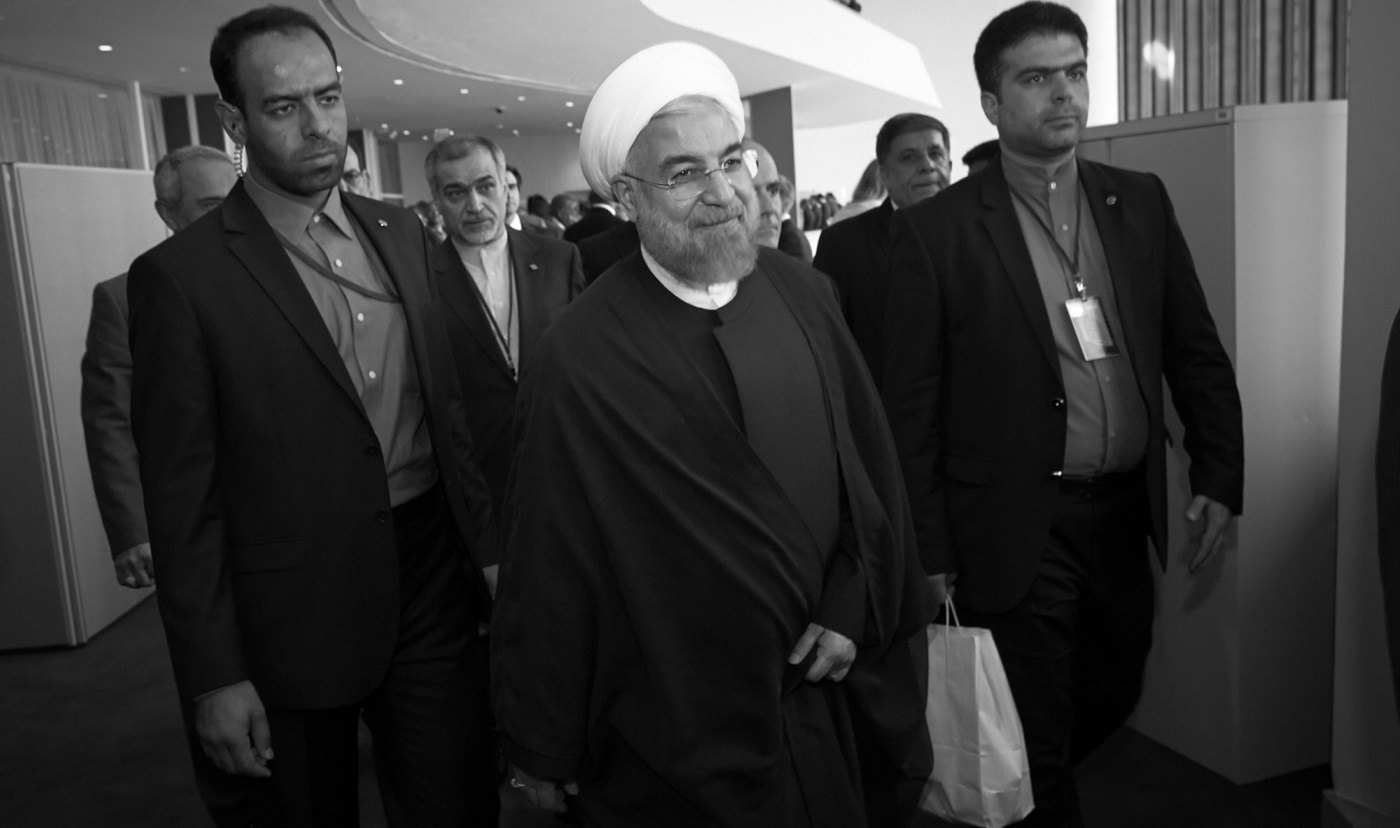 At a time when the Iranian government’s control over its own population is increasingly showing signs of wear, its international diplomatic and economic efforts to reshape global norms and institutions continue to gather steam. The key elements of Iran’s domestic and international policy are taken up in articles authored by Abbas Milani and Alex Vatanka in the April 2015 issue of the Journal of Democracy.

In “Iran’s Paradoxical Regime,” Milani points out that the founding of the Islamic Republic of Iran constituted a fundamental paradox. While Ayatollah Ruhollah Khomeini, revolutionary leader and hero, did not believe in the Western ideals of popular sovereignty, he called on the masses to overthrow Mohammad Reza Shah Pahlavi, which they accomplished in 1979. These masses—many with democratic leanings—who fought for and achieved a new political system did not disappear after the establishment of the Islamic Republic of Iran; the country’s authoritarian leaders have been forced to deal with them ever since.

Iranian leaders, Milani explains, have an elaborate set of tools at their disposal to maintain control over Iran’s population. The Ayatollah has a hand in virtually every aspect of the country’s political and civic life: the supreme leader can issue laws at will, appoints the head of the judiciary, controls the country’s radio and television outlets, and chooses all Friday Prayer leaders while setting the agenda for their weekly sermons. He also selects members of powerful political bodies such as the Supreme Council of the Cultural Revolution and the Guardian Council, and inserts his representatives into every institution, including all branches of the armed forces.

Despite this impressive effort to dominate society, cracks in the system are starting to emerge. This is perhaps most notable in the realms of social media and the arts. In a country where the Internet is heavily censored and where the regime employs thousands of “cyber-jihadists” (trolling tactics also used by Russia and China), widespread access to and usage of the Internet, Facebook, and Instagram persist, despite the fact that these forms of social media are officially banned in the country. Indeed, even Ayatollah Ali Khamenei and President Hassan Rouhani have active Facebook and Instagram accounts. Iranian artists are ignoring the country’s strict censorship rules and making films (and sometimes winning international awards) that have not been officially vetted by the authorities. Banned books are published by underground printing networks or online, and women are becoming increasingly visible in public life. As Milani eloquently puts it: “While the specter of Procrustean cultural control is never far from the horizon in Iran, defiant resistance through the sophisticated use of metaphors in every discursive form manages to persevere.”

While the authorities have been struggling to maintain absolute control at home, they also aggressively promote an authoritarian agenda on the international stage. In his article “Iran Abroad,” Alex Vatanka examines the familiar methods the country’s leaders employ to contain democracy at home and abroad.

Like China, Russia, and other authoritarian governments, Iran willingly participates in international organizations such as the UN, even though this participation leaves the country open to criticism about its compliance with international human rights conventions. As Vatanka notes, Iran uses “membership in such bodies to form alliances with like-minded nations in order to shape the global agenda” and relies on the support of its authoritarian allies to soften the fallout from its human rights abuses. Vatanka uses the example of the March 2014 UN Human Rights Council vote to renew its mandate to investigate Iran’s human rights record. Twenty-one countries supported the measure while nine rejected it; among the nine were a number of the world’s authoritarian stalwarts, including China, Russia, Venezuela, and Cuba. Despite this vote, Vatanka writes, the Iranian government continued to ban the UN Special Rapporteur from visiting the country.

In this spirit of authoritarian cooperation, Iran has actively sought to join the Shanghai Cooperation Organization (SCO), a six-member bloc led by China and Russia that acts as a counterweight to Western-led, democratically-oriented institutions. The Iranian authorities cooperate with SCO members, for example, to develop and utilize technology to censor and manage the Internet. In 2010, after the EU imposed restrictions on the sale of communications equipment to the country, Iran purchased a “powerful surveillance system capable of monitoring landline, mobile, and internet communications” as part of a multi-million dollar contract with a Chinese company. The Green Revolution in 2009 and the continuing unrest after the 2011 Arab Uprisings in the Middle East has made the Iranian government eager to use this technology, prompting the regime to explore the creation of a closed national Internet similar to those that already exist in Burma, Cuba, and North Korea.

Vatanka also explores how Iran uses international broadcasting and media manipulation to spread its anti-democratic vision. Following the lead of China’s CCTV and Russia’s RT, Iran in 2007 established Press TV, an English-language, 24-hour news service to “defend Iran’s policies and those of its allies, while criticizing Western policies.” To stretch its reach further, in 2012 it launched HispanTV in an attempt to influence the Spanish-speaking world. Despite the financial and diplomatic costs associated with these outlets, the Iranian regime has clearly decided, Vatanka asserts, that they are well worth the investment.

Where does Iran go from here? Vatanka argues that the Iranian regime and its authoritarian allies have formed a “common bond” to subvert democratic norms, share technology to suppress free speech online, and use international media to promote their illiberal values—a bond that will likely strengthen as cooperation continues and increases. Milani argues, however, that the “gradual, corrosive, and inexorable power and persistence” of defiance by the Iranian people will “inevitably break the clerics’ authoritarian grip.” These powerful and in ways contradictory forces will determine Iran’s fate.