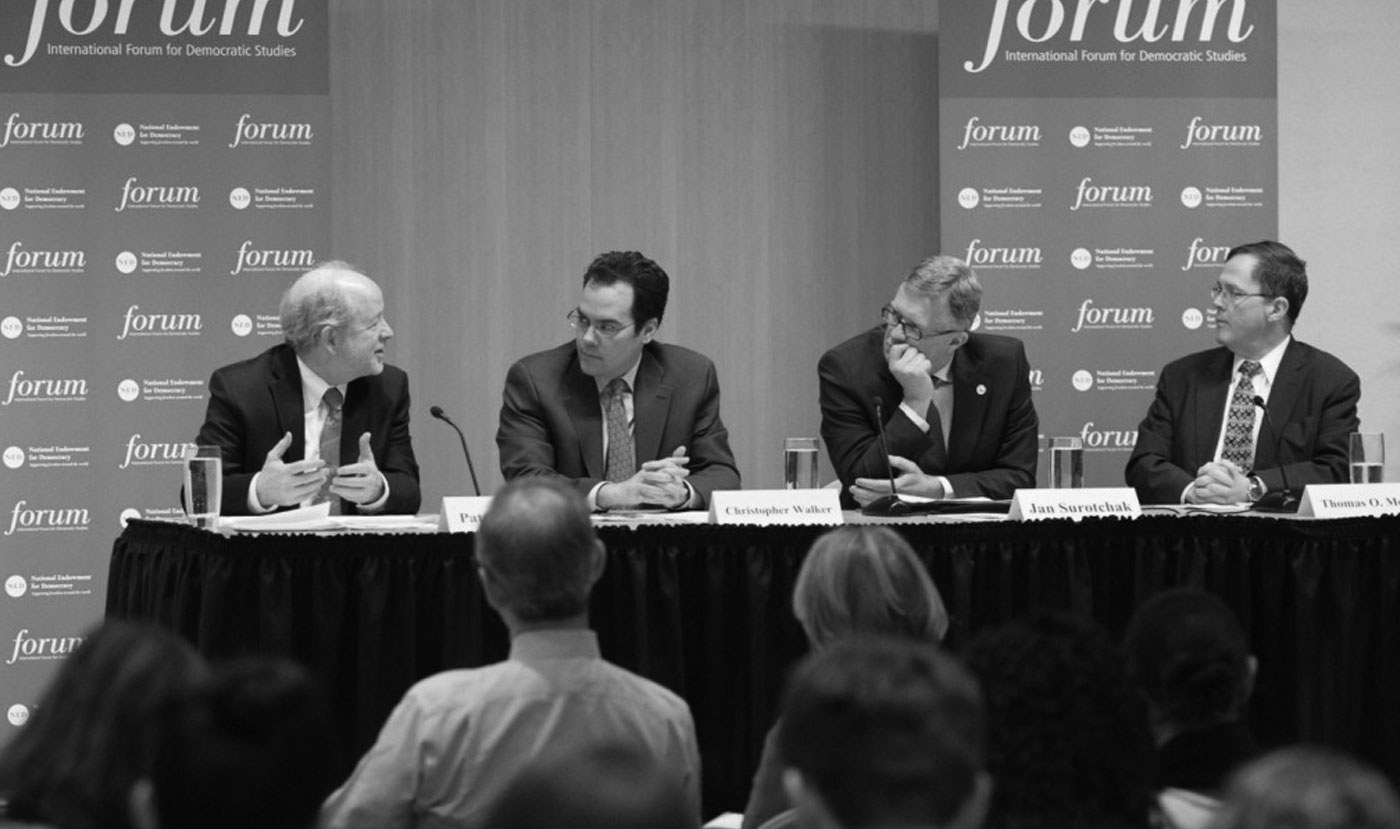 A fundamental tenet of democratic governance is the norm that government authority stems from the will of the people as expressed through free and fair elections, and, over time, norms that aim to encourage the integrity and accountability of the election process have emerged. However, as experts who convened at a recent discussion (“Election Observation: How Authoritarian Regimes Muddy the Waters”) noted, authoritarian regimes are innovating and developing their own counternorms to thwart established and credible international election monitoring efforts.

Among the tactics authoritarian regimes utilize to cloud election observation are the following:

While internationally agreed upon standards governing election monitoring organizations began to develop in earnest during the democratic transitions after the fall of communism in the former Soviet Union, they are a natural extension of the International Declaration of Human Rights' Article 21, which guarantees citizens the right to take part in the government of their country, directly or through freely chosen representations. These standards were codified by the Declaration of Principles for International Election Observation and Code of Conduct for International Election Observers. At its 2005 signing, the declaration was endorsed by 23 regional and international organizations from all over the world. The United Nations celebrated their codification with an Endorsement Ceremony and has since recognized the document with appreciation in three UN General Assembly resolutions.

Authoritarian governments are increasingly bypassing the standards of credible election monitoring despite widespread support for these principles as part of their drive to reshape global democratic norms and control their national narratives. Well aware that there are international consequences for rigged elections and other non-democratic political processes—such as sanctions or a loss of international aid and support—authoritarian regimes are walking a tightrope of appearing democratic to international audiences while maintaining control over domestic constituents.  The result of this context where exposed election fraud poses heightened risks to autocrats is that illiberal regimes are resorting to more deceptive methods of election rigging. As Patrick Merloe of the National Democratic Institute shrewdly observes, “election monitoring—if you’re an autocrat today—means controlling the narrative about the nature of the political process in the country.”