The Authoritarian Resurgence: The Impact on Democracy 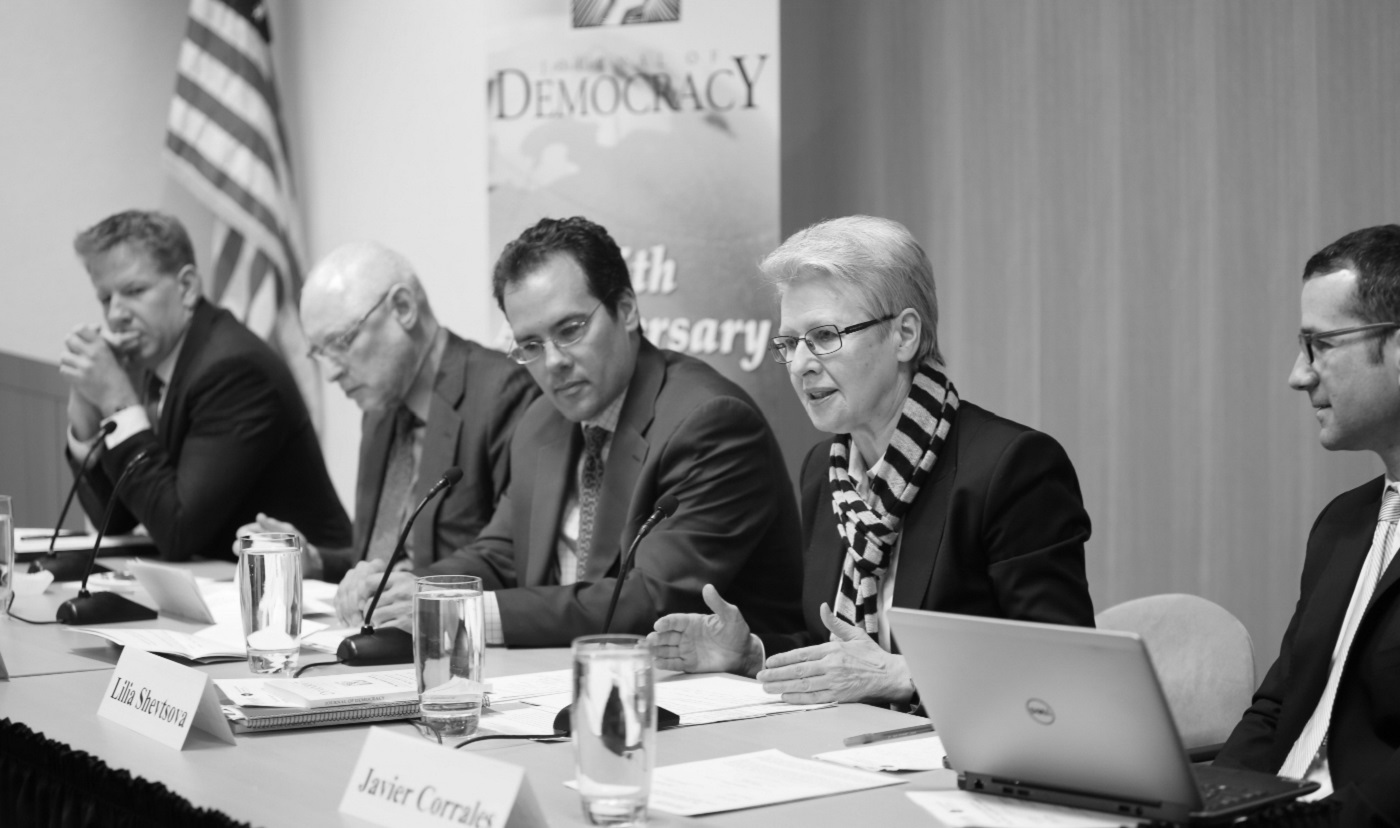 How are the world’s most influential authoritarian regimes influencing democratic standards and development? This question was at the heart of a recent discussion organized in Washington, DC, with four leading experts. The panel was held at a time when repression of independent voices has been sharply intensifying around the globe. Andrew Nathan, Lilia Shevtsova, Frederic Wehrey, and Javier Corrales, all of whom have articles published in the Journal of Democracy on the subject of authoritarian resurgence, assessed the policies and influence of four key authoritarian countries: China, Russia, Saudi Arabia, and Venezuela.

In addition to stifling the public sphere by cracking down on civil society and news media, the governments in the countries discussed are taking the lead in finding new ways to block freedom of expression and hamper the free-flow of information using innovative technologies and market-based strategies as a way of modernizing repression.

The conversation with the experts was wide-ranging and identified a diverse number of efforts by these illiberal regimes to counter democratic development, but three broad points are worth noting:

All of the countries discussed are in important ways integrated into the economic, political, and security orders at the regional and global levels. Given this degree of integration, the established democracies will face complex tests in ensuring that democracy and human rights standards are safeguarded in the global system. When undemocratic regimes flout the rules of a rules-based institution, the challenge of holding them to account lies with the democracies. Reflecting on the unwillingness of illiberal states to abide by international norms and rules, Shevtstova asked, “Is it the problem of Russia, or Russians, Azeris, or Chinese? No, this is a problem of liberal democracies. The problem is not [the autocrats'] ability to coopt [the West], but the ability or readiness of Western populations to be coopted.”