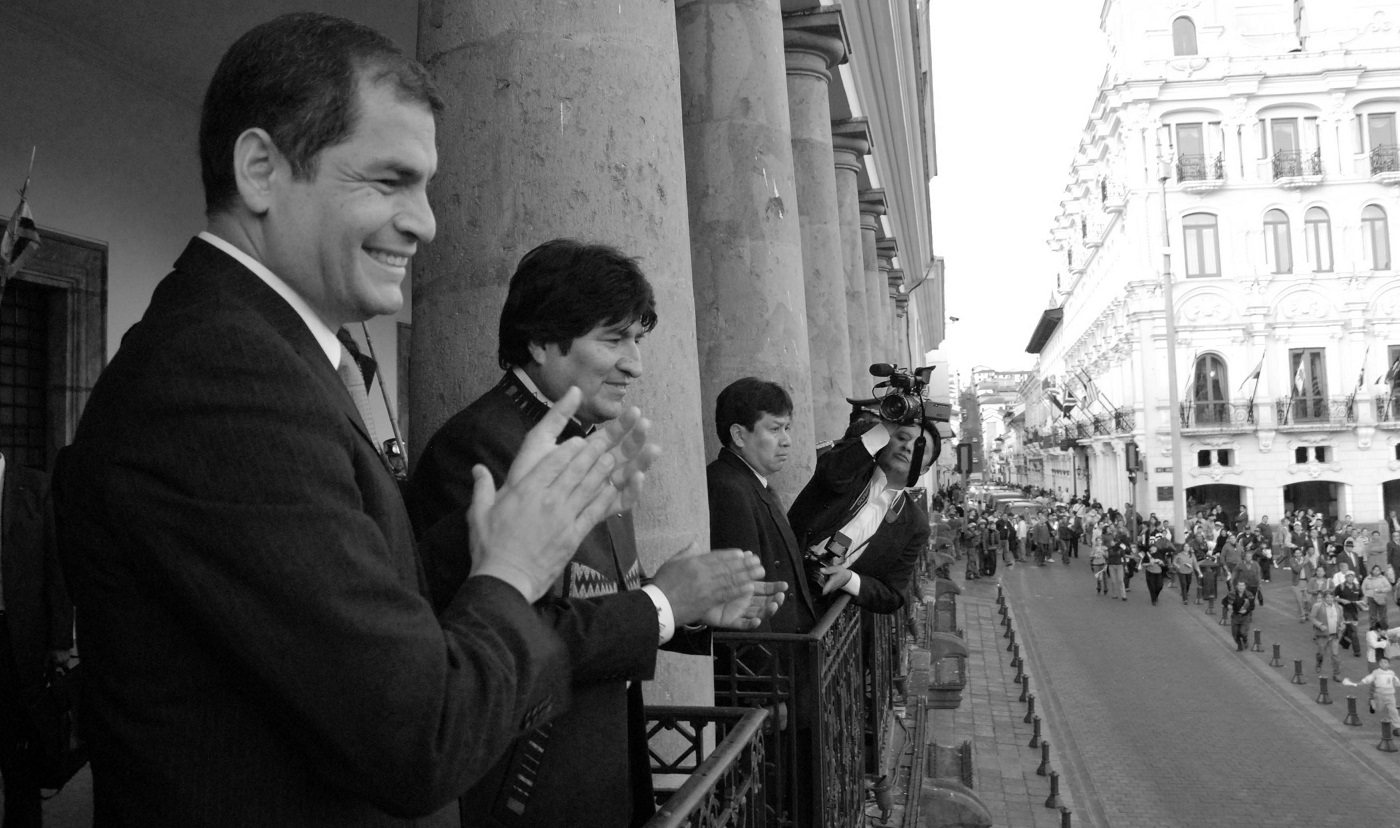 Venezuela: No Longer a Model

Bolivian voters sent a strong message to President Evo Morales last month, rejecting his bid to change the constitution and run for fourth consecutive term, and cementing the end of the past decade of populist authoritarian allure in Latin America. Citizens across the region are expressing their fatigue with caudillo-styled governance and unchecked power. They are witnessing the collapse the Venezuelan economy with increasing anxiety. Far from being a model to emulate, Venezuela now showcases the perils of the “twenty-first century socialism” it once exported.

The “Venezuelan model” was based on building political legitimacy through winning elections while simultaneously destroying the foundations of the country’s democratic system. It has concentrated unchecked power in the executive; curtailed the independence and effectiveness of other branches of power; packed government institutions with regime loyalists, including the electoral council and Supreme Court; reduced civic and media space; persecuted critics; and effectively challenged well-established international democratic norms. The 18-year experiment has transformed Venezuela into the region’s kingpin of corruption and drug trafficking and left the country with the world’s highest inflation rate, severe food and medicine shortages, and on the verge of economic collapse.

Despite increasing skepticism throughout the region about the effectiveness of the Venezuelan model, leaders who once followed in the footsteps of the late Venezuelan President Hugo Chávez adapted tactics from his competitive authoritarian model as a strategy for survival.

Like Venezuela, the administrations in Ecuador and Bolivia have taken decisive steps to concentrate power in the executive branch, weaken independent institutions, persecute political opposition, and close media space. Keeping their strongmen in power has been the crown jewel of these countries’ strategy. In an effort to overcome constitutional term limits preventing extended stays in office, President Rafael Correa in Ecuador and President Morales in Bolivia made different political calculations on what their citizens might be willing to bear.

To alter constitutionally-mandated presidential term limits in Ecuador, the 2007 constitution provided two paths by distinguishing between amendments and reforms; amendments can be approved through a two-third majority in unicameral National Assembly, while reforms need to be ratified by a popular referendum. Correa perceived the popular referendum route as too risky. The economy, heavily dependent on oil exports, began to slow down, and Ecuadorians were tiring of Correa’s aggressive governance style.

In December 2014, Correa advanced 15 constitutional changes, which, among other things, lifted term limits for all elected positions. The Constitutional Court—packed with Correa loyalists—ruled that the changes were not significant enough to constitute a “reform” and could be approved through the amendment process by the legislature, where Correa’s party controlled 100 of 137 seats. The constitution mandated a 12-month period between the first congressional reading and final vote on the amendments. As this vote drew near in December 2015, citizens took to the streets to protest the prospect of indefinite reelection and Correa’s increasingly unpopular economic policies. He had miscalculated his electorate’s tolerance for pushing against the boundaries of power. In an effort to ease tensions, Correa announced that the indefinite reelection clause would not come into effect until after the 2017 elections, effectively banning him and half of his Alianza País deputies from running in the next election.

In Bolivia, President Morales felt confident that his recent bid to extend presidential term limits would garner citizen support at the ballot box. Morales was reelected in October 2014 with almost 60 percent of the vote, and the economy has since remained strong. While his current term ends in 2019, Morales calculated that political conditions would be more favorable now than in the future, when the economy is expected to slow down. Unlike Correa, who sought indefinite reelection, Morales proposed to extend term limits to allow for one more consecutive term, a recognition of the risks associated with citizen approval at the ballot box. Clearly, Morales would not have opted for an electoral path to extend term limits had he not been confident of winning. But a series of sex scandals and corruption allegations turned momentum against him in the weeks leading up to the vote. Final results were slow to come in, and the government waited until the bitter end to grudgingly concede defeat. While the margin of victory was small (51.29% to 48.71%), it represented the first time Morales has lost in the polls since coming to power in 2005. In spite of strong economic performance and expanded social benefits, Bolivians have grown fatigued of single-party rule. By overestimating his political appeal Morales made a political gamble—and lost.

Morales and Correa remain in power and maintain strong popular support, but their miscalculations have created the best chances yet of opening space for political competition in both countries. It presents an opportunity for political oppositions to rise to the occasion with policy proposals that reestablish checks and balances and strengthen independent institutions. Although the tide is turning against populist authoritarian regimes in Latin America, much remains to be done to restore democratic governance.

Fabiola Cordova is a senior program officer for Latin America and the Caribbean at the National Endowment for Democracy.

The views expressed in this post represent the opinions and analysis of the author and do not necessarily reflect those of the National Endowment for Democracy.